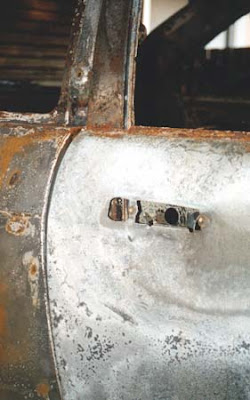 Today is the anniversary of the Canberra fires. All over Weston Creek people will be reflecting on that day as it has been a year since 4 people died and 491 houses were destroyed in the disaster. Already there has been a gathering at a neighbours house to mark the occasion. Today in Commonwealth park there is an official event but I don’t know anyone who is going. Our street is just going to haul out the barbeque, block off the end of the street and get together to celebrate the passing of a hard year. We were very fortunate but our neighbors weren’t as 5 houses were lost in a street of 18. According to the Canberra Times one year on only 10% of the homes destroyed have been rebuilt. We live next door to one such family. The photo above is of their sons car. However our street has gone against the odds as 3 of the 5 houses are in the process of being rebuilt and one is complete.

Mostly today I feel grateful as we were very lucky. Our house lost its garden and we had some dramatic moments on the day but were OK. At the time we were about to move into a house we had just bought. Our old place was packed up ready to move and our new place was empty. On the day we were at our old place we had some interesting moments, keeping embers at bay, while a suburb away our new house was fire licked but survived. We have some photos of the day and its immediate aftermath online which went up for friends and family. Although in both houses we were affected we were lucky and we are terribly thankful. As with many other people in the district I am still angry that we did not have more warning. The district should have gone on alert earlier than it did.

Anyway I have decided to institute a family tradition and take a photo of the garden every year on this day. To put it in context this is the way the garden looked before the fires. 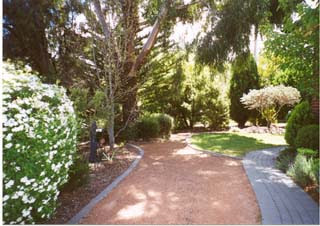 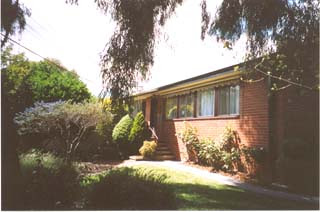 This is how our home looked after clearing up the worst of the fire damage. 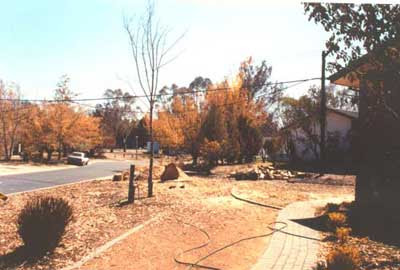 And followed by how it looks today… 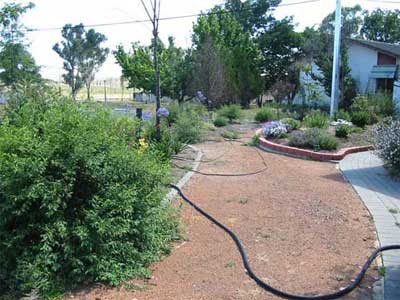 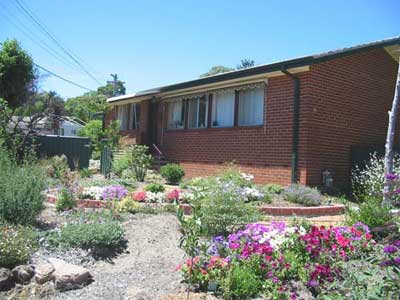 It has been a hard year but the plus has been that the experience has bound some people together. In other ways it has divided Canberra. For those that were in the hot spot on the day we are still living with the aftermath. Re-building has been slow and the emotional fall out has been heavy with marriages breaking, teenagers rebelling and children still having nightmares. For those who were not there an attitude of get over it permeates a conversation if you make the mistake of talking about it. This binds those that were there even closer. A year on it is still in everyone’s minds. We can’t step out our door, not to the corner shops, to work, or even to the local play ground let alone pass the forest without being reminded of the horror. Reminded also of how in a few hours everything you know can be swept away by forces far greater than you can imagine. 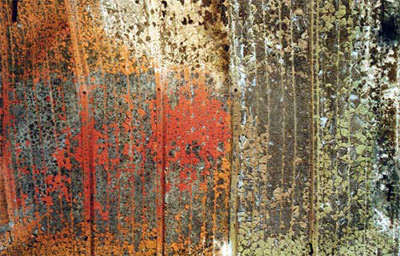 There was a painful beauty in the ashes. Here are a few photos I took immediately after the fires. I took heaps of photos at the time thinking that I might use them as source material in a body of work but I don’t think I will revisit them. If I have the time this week I will get some of the rest online. 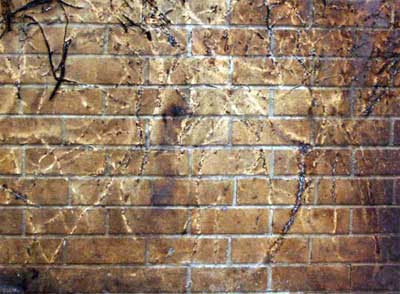