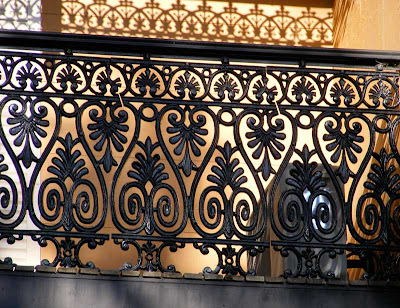 We spent the weekend in Sydney as Jerry was once again in the recording studio. The good news is they have finished recording! The CD still needs to go to a producer but the bulk of the work has been done.

Pop over to Mindsigh if you want to read more info about the weekend as Jerry has a few travel related posts  there and Four Strings is his music related blog.

Saturday was the most glorious day. I spent time in the bookshops and the artshops the city has to offer. I also paid a visit to the National Gallery of New South Wales.   I went a little mad with the camera around both  Kings Cross and Woolloomooloo taking photos of the wrought iron work on terrace houses while Jerry was in the recording studio. 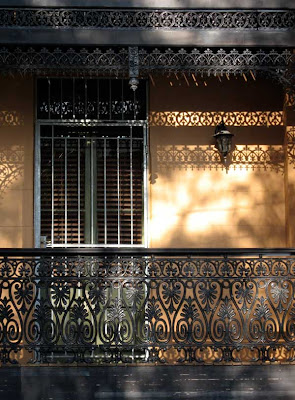 On the down side as many readers know my daughter Eve is a circus performer. Over the weekend we had a phone call to say that Eve fell off the high wire but only broke her ankle, so all is OK.

On another note I do have a link for today as BibliOdyssey has recently highlighted the Australian classic of May Gibbs Snugglepot and Cuddlepie. For those not famliar with this children’s book pop over and make yourself familiar with the illustrations that has captured the imagination of generations of Aussies.