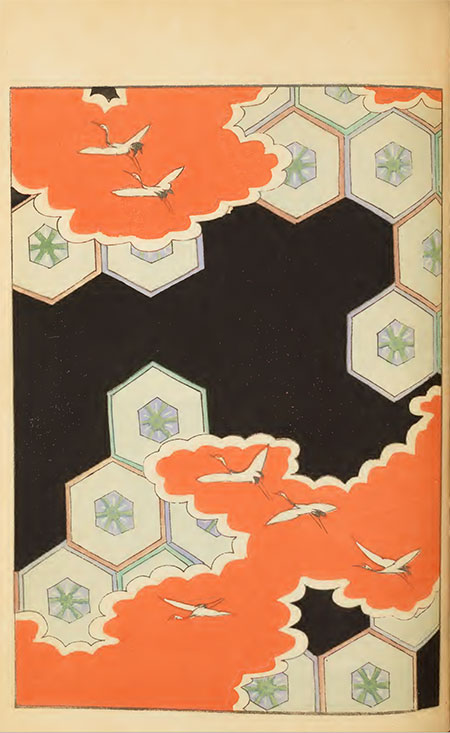 Shin-Bijutsukai a Japanese design magazine that was published in the early 1900’s edited by illustrator and designer Korin Furuya. The magazine was published monthly and issues were bound together which have since been turned into free ebook. Copies are available as a free ebook provided by the Smithsonian Libraries, downloadable from the Internet Archive. I am sharing a few images with readers so people get a sense ow what is in Shin-Bijutsukai. 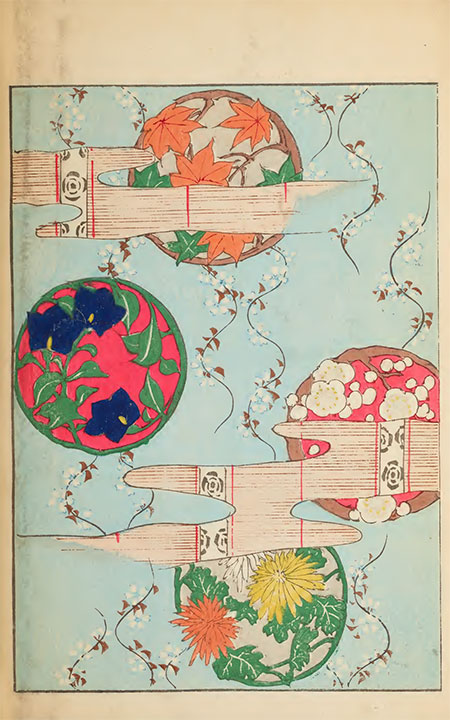 Resources like this magazine are great studio journal inspiration fodder. Don’t ever underestimate what feeding your eye can do for your textile practice. You can use these ideas as a jumping off point. They lend themselves to being adapted and pushed further into a totally new direction. 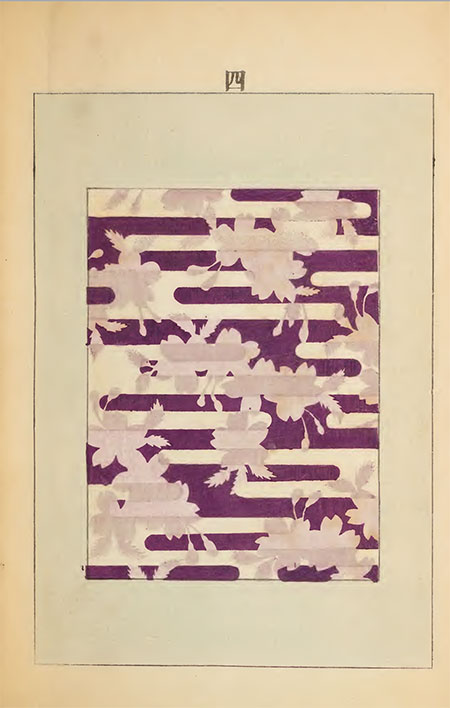 This style of work has an interesting place in the history of design too as it is an example of cross cultural influences. In 19th Century Europe a craze for all things Japanese took off. People were attracted to the topics depicted such as birds, flowers, landscapes, and the seasons as well as the traditional Japanese style that was totally new to the Western eye. Artists such as Van Gogh and Gaugin were heavily influenced by the Japanese aesthetic. Designers such as Louis Comfort Tiffany were also influenced. What many people don’t realise is that the cultural influences went 2 ways. Japanese artists influenced by Art Deco and Modernism developed a style called “Mingei” (people’s crafts), the Japanese version of the folk art and craft movement. 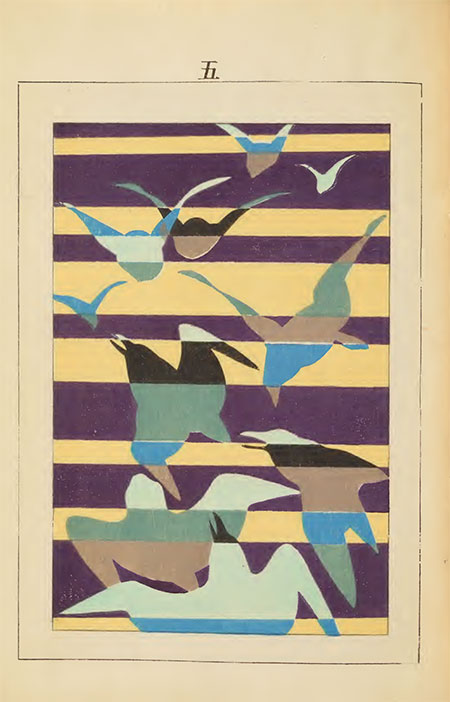 From a designers point of view what fascinates me about these illustrations is how multilayered these designs are. Often when you look at traditional Japanese designs the patterns are flat and stylised. These are still stylised but there is often a sense of space created by multilayers in the design. 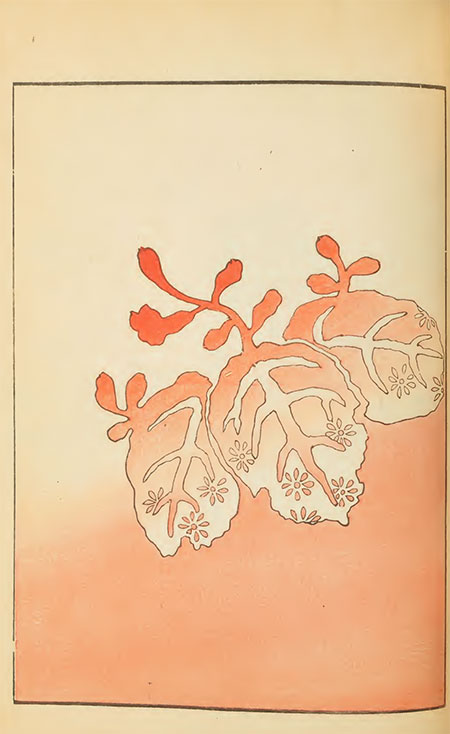 I find the use of positive and negative space endlessly fascinating. 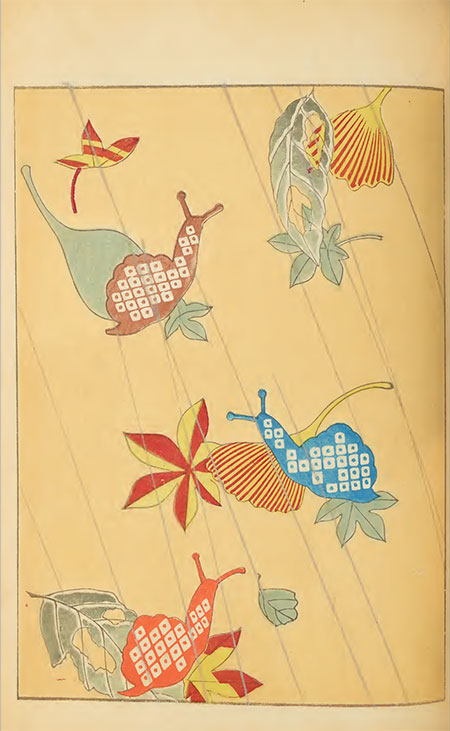 I could not resist the snails!

The Shin-Bijutsukai magazine is an interesting design source. At over 350 pages I am sure it will provoke many creative sparks and ideas. You can download a free copy from the Internet Archive.

Experimenting with different threads can be expensive. You would normally have to buy a whole skein of each type of thread. My thread twisties are a combination of different threads to use in creative hand embroidery. These enable you to try out stitching with something other than stranded cotton. For the price of just a few skeins, you can experiment with a bundle of threads of luscious colours and many different textures.

These are creative embroiders threads. With them, I hope to encourage you to experiment. Each Twistie is a thread bundle containing silk, cotton, rayon and wool. Threads range from extra fine (the same thickness as 1 strand of embroidery floss) to chunky couchable textured yarns. All threads have a soft and manageable drape. Twisting them around a needle makes experimental hand embroidery an interesting journey rather than a battle.  Many are hand dyed by me. All are threads I use. You may find a similar thread twist but no two are identical.