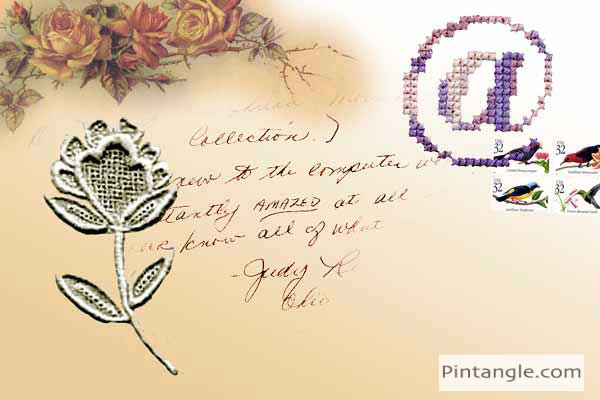 Images in The Shareware Project album went up yesterday. I made these ‘postcards’ in 1998-2000. As a project it would have been much easier to do if I had a blog. However in 1998 when I started The Shareware Project blogs were not on the scene according to rebecca’s pocket in 1999 there were 23 listed. I sometimes think about re-opening the Shareware project as a blog as I feel people were just starting to understand what I was doing as the project finished.

When I started The Shareware Project I was intrigued with the notion of exchange both real and virtual. I asked people who use my Stitch Collection to send me a piece of fabric, lace, ribbon, or button with a story. I said I would illustrate my reaction to it and produce a ‘postcard’ from the materials. I liked the idea of playing with the notion of what was real, real information, what was valued or not valued, what was real in any exchange, what was shared and what value sharing a story holds within groups.

I felt that the internet with all its flaws was an ideal medium to explore this because when we first encounter someone online we all wonder how authentic people are being. Then via an exchange of emails we gradually get to know them. Even if we never meet the person gradually trust is developed. This medium of the web, can be so false yet we make friendships online. To highlight this I represented the process of making the postcards but framed them in a false manner, faking a sketchbook.

Weblogs however I think change the dynamic considerably as I think most people would agree it would be very difficult to maintain a false persona consistently. I think if I were to run another version of this project I would make use of blog software, make the same request in return for a postcard and blog it along the way. The key reason I would tackle it this way is that people would be able to comment and that would change the whole dynamic of the project.

I still ask myself questions about this work, many of them the same that drove me to make the work. In a digital age what and where is authenticity? Is authenticity found in the original request for honesty? In the form of payment for work online? Is the authentic to be found in the response by each member of the public telling his or her story? As each narrative unfolds, is an original to be witnessed in the process of creating a ‘postcard’? Is the original work of art to be found when we contextualize it in a gallery? What happens to narratives when clustered together are contextualized near objects which are photographed and digitised? What happens to these narratives when these images are reworked into another narrative? Whose voice do we hear? Or does an authentic, original and therefore real cultural experience happen when we encounter this cultural artifact online? Does a truth lie in between all these spaces? 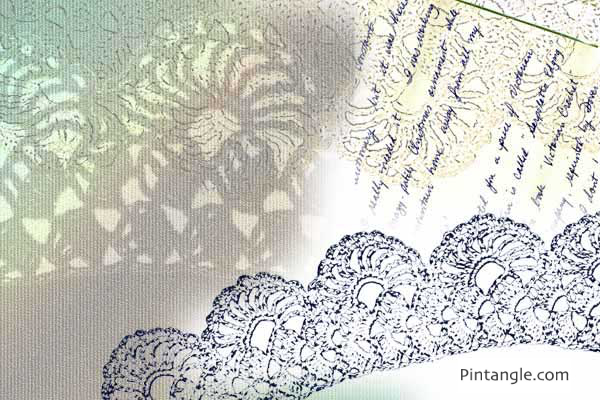 These questions still run around in my head as I work and yesterday while building the album I reviewed it is a project. It would have been easier to make using a weblog software but at the same time it would have shaped itself into something different. It is possibly worth re-opening allowing even more voices into the picture. I am seriously considering re-opening this project as the software has many possibilities. For the moment however I am going to gauge the level of interest. The Shareware Project album now sits in my side bar and I can see how many people visit the site.

To visit the original archive as it was presented at the time see The  Shareware project and of course I have another project online which employs weblog software Wisdom of the Ages. As you can see I am interested in how this software can be used creatively.