Some people call it ric rac other call it rick rack but no matter what you call the stuff it can make great roses. Here are tutorials for two different types that you can incorporate in your sewing or craft projects.

How to make a Ric Rac Rose 1

Depending on the size of the ric-rac you will need between 8 – 12 inches ric rac. The wider the ric rac the longer the piece you will need and it will obviously make a larger rose.

Thread a needle with sewing cotton that is the same colour of the ric-rac. 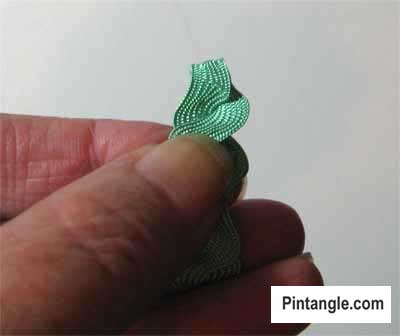 Fold the end of your piece of ric rac  by crossing on piece in front as illustrated. Have about half an inch lap over. 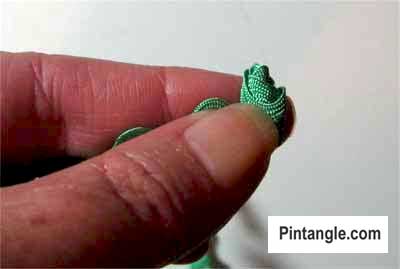 Roll the ric- rac tightly about 3 or 4 times until the folded end is tucked in. This forms the middle of the flower

I found it useful to put a few stitches in the base of the flower at this stage. 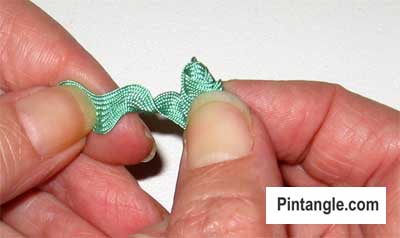 Continue rolling the ric-rac around the flower fairly tightly twisting every second V over in on itself.

Do this 4-5 times. If the flower slips in your hand add a few stitches at the base as you go. 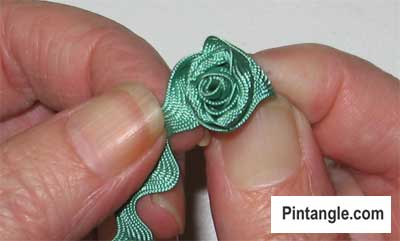 As you reach the outer edge of the rose continue rolling the ric-rac around a few more times NOT twisting the V. This forms the outer petals of the flower which you can ease out a bit once it is stiched so they look as if they are in full bloom.

Stitch the base and you have a rose!

Using about 16 inches of ric-rac fold it in half and lace it so that it ends up looking like this. 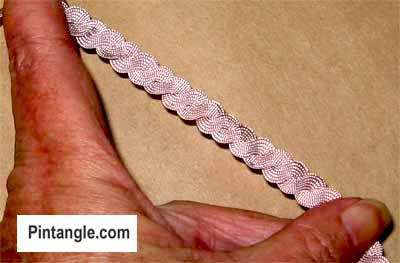 From the fold in the ric-rac roll it tight 3 or 4 times and put a few stitches in the base of the flower to hold it firm.

Wrap the ric-rac around the flower another 3-4 times holding it together with the odd stitch at the base. 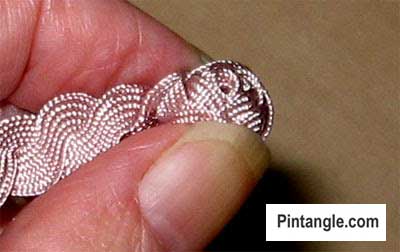 When you have a good flower middle continue wrapping but twist the interlaced ric-rac. These twists create the outer petals so do it for two or three rounds of the rose. 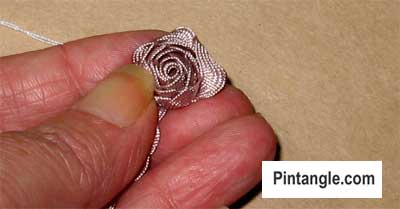 Stitch them down at the base as you go.

Trim the ends fold under and stitch them in place 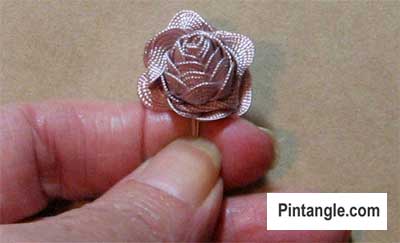 You have a ric-rac rose!

Hope the tutorial is useful and have fun.